DNA Testing for All? 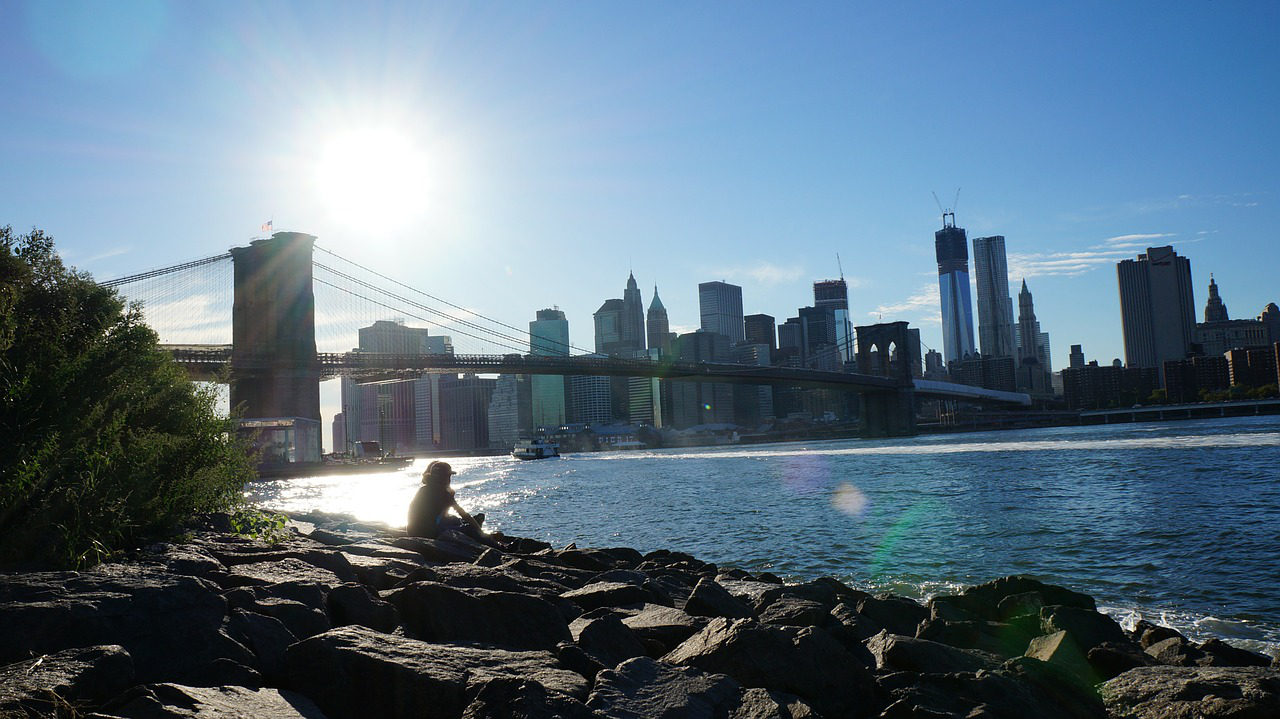 DURING A ROUTINE physical in 2018, Matthew Farley of State College, Pennsylvania, was offered the opportunity to have his genome sequenced. As part of a research effort by his health system, Geisinger, he would learn of any disease-related gene mutations that were "actionable," meaning he'd be able to take steps to protect himself. Farley was 28 and healthy, so he figured he had nothing to lose.

Then, almost a year later, "someone from Geisinger called and said, 'We found something,' " Farley recalls. That something was a mutation in the BRCA2 gene, long tied to an increased risk of breast and ovarian cancer and more recently to a raised risk of prostate and pancreatic cancer. "My great-grandmother on my mom's side, as well as her mother, both had pancreatic cancer," says Farley, who works for Pennsylvania State University's online education arm, Penn State World Campus. After consulting with a genetic counselor and his physician, Farley is likely to start routine screening for prostate cancer around age 40 – a full 10 years earlier than a man of average risk would be advised to consider screening.

Genetic testing has been widely used for several years to guide treatment strategies, particularly in oncology, where several drugs targeting cancer-causing mutations have been approved by the Food and Drug Administration. But as the cost of whole-genome sequencing falls, the next phase of this push into precision medicine aims to hit a goal of precision health: By incorporating genetic testing into primary care, it might be possible not only to detect diseases and treat them early, but also to fend them off altogether.

Geisinger has enrolled more than 230,000 patients in its MyCode study, and the health system has completed sequencing of over 92,000 of them so far. The response has been so positive that the system has announced a goal of offering the testing to all of its patients as part of their routine care. Other institutions exploring the benefits of widespread genomic testing include Weill Cornell Medicine in New York and the Yale School of Medicine. "Someday we will all have our genomes sequenced, and it will drive our care. It's definitely on the horizon," says Dr. Michael Murray, director for clinical operations in the Center for Genomic Health at Yale. At the same time, consumers are finding more and more opportunities to seek out testing on their own from players like 23andMe and Helix, a startup that began offering its service directly to consumers in April.

Most of the genetic testing options offered to healthy people today are designed to detect 59 abnormalities that have been deemed actionable by the American College of Medical Genetics and Genomics. Those gene variants are correlated with about 30 diseases, half of which are cancers. Another third have been tied to cardiovascular disorders like abnormal heart rhythms or early heart attacks and strokes, while the rest are associated with conditions like cystic fibrosis and Fabry disease, an enzyme disorder. Patients with genes that are associated with actionable variants can pursue strategies to mitigate their risk of serious illness. Early or more frequent cancer screenings, for example, can pick up tumors when they're easy to treat.

Only about 2% of healthy people who are screened for actionable mutations end up having any of them – a hit rate that's so low some experts have questioned whether population-wide genetic testing is cost effective. David Ledbetter, executive vice president and chief scientific officer at Geisinger, says that after a decade or more of experience, his system will have enough data to prove cost-effectiveness, but that the opportunity to improve patient wellness now is so promising that it wouldn't make sense to wait for those answers before offering it to everyone.

"We think there's enough medical evidence to show that genetic testing is clearly clinically useful," Ledbetter says. For those patients who have genetic risk factors, he adds, "it's a program that has profound implications." Geisinger predicts that the proportion of the population of patients with actionable genetic findings will expand to between 5% and 10% as more disease-related genes are discovered and the number of patients volunteering to learn about their risk grows.

From Cancer to Heart Disease

In addition to BRCA mutations, flaws in several other genes have been implicated in cancer. Lynch syndrome, which is caused by alterations in five genes, increases the risk of colorectal cancer and nearly a dozen other types, including stomach, liver and bile duct cancers. Li-Fraumeni syndrome is caused by a mutation in TP53, a gene that normally is known to suppress cancer. People with this mutation face an elevated risk of multiple cancers, including leukemia, brain cancer and soft tissue sarcoma.

Early detection of many of these diseases can be a lifesaver: Colon cancer that's discovered before it spreads has a 90% five-year survival rate, but that falls to 71% once it starts to metastasize, according to the American Cancer Society. A 2014 study found that women with a BRCA1 or BRCA2 mutation who elect to have their ovaries removed reduce the risk of ovarian, peritoneal and fallopian tube cancer by 80%.

When it comes to heart disease, screening can uncover disorders that have no obvious symptoms. Several inherited mutations raise the risk of arrhythmias, irregular heartbeats that can cause sudden heart attacks. Long QT syndrome, which has been tied to mutations in several genes, raises one's risk of fainting, seizures and sudden death. And the chances of heart disease jump fivefold for people with familial hypercholesterolemia, an inherited form of high cholesterol that's caused by mutations in the gene responsible for making LDL, the "bad" cholesterol.

In 2017, concerned about her healthy 52-year-old aunt's sudden cardiac death years earlier, Hannah Bayer consulted a cardiologist specializing in genetics at Stanford Health Care. "There were no electrical issues in my heart, no signs of structural issues, so as a Hail Mary, I was sent for genetic testing," says Bayer, 33, who works at a health care technology firm in San Francisco.

That's when she learned she has a mutation in a gene called FLNC, which causes structural changes to the heart muscle that can cause it to stall or suddenly stop altogether. Bayer elected to have an automatic defibrillator inserted that can detect if her heart is about to stop and "jump-start" it, she says. The device also collects data on her heart rhythms and periodically transmits the information to her physician. "It's my insurance policy," Bayer says. "I have peace of mind knowing I don't face as high a risk that I might suddenly die." Her mother, who discovered she also has the mutation, had a similar device inserted.

As more disease-causing genes are uncovered, some geneticists are working toward developing "polygenic risk scores," algorithms that will calculate the danger of developing particular diseases based on all of the gene variants that are tied to them. "If you inherit one gene variant that's linked to cardiovascular disease, it's unlikely you'll get the disease," says Olivier Elemento, director of the Caryl and Israel Englander Institute for Precision Medicine at Weill Cornell Medicine. "But some people inherit 40 or 50 gene variants. Polygenic risk scores will identify those patients facing an extreme risk." People with high scores for cardiovascular disease could be put on cholesterol-lowering statins, for example.

One of the newest branches of genetic medicine is "pharmacogenomics," based on an increasing understanding of how certain genes affect the way people respond to drugs. The gene CYP2D6, for example, makes a liver enzyme involved in the metabolism of a quarter of the drugs on the market. Some people have extra copies of the gene, which causes them to process drugs very quickly – so fast that the typical dose might not be safe for them. Other people have a variant of the gene that makes an ineffective enzyme, so they are unable to metabolize some drugs properly. "It might mean that you need a higher or a lower dose of a certain medication," says Amy Sturm, co-director of the MyCode Genomic Screening and Counseling Program at Geisinger's Genomic Medicine Institute. "You might need a different medication altogether."

Geisinger's Ledbetter estimates that with the discovery of more genes that are related to drug metabolism, pharmacogenomic data could ultimately be useful for up to 90% of patients.

The 'Achilles' Heel' of Gene Testing

Is the medical community moving too quickly to incorporate genomics into the routine care of healthy people? That's a question that worries Dr. Joseph Wu, director of the Stanford Cardiovascular Institute and a professor of cardiovascular medicine at the medical school there. Often when patients undergo unnecessary genetic testing, they are found to have "variants of uncertain or unknown significance," meaning a gene may be abnormal, but its function isn't understood and it's not clearly linked to risk of disease. "That's the big Achilles' heel of genetic testing in healthy patients," Wu says. "Physicians can't interpret variants of uncertain significance. If they just look at those at face value, it could scare the heck out of patients."

The National Institutes of Health wants to contribute to the expanding knowledge base. To that end, it launched the All of Us Research Program nationally in 2018, with the goal of sequencing the genomes of 1 million volunteers. Participation is free, and more than 190,000 people have enrolled so far, says Stephanie Devaney, deputy director of All of Us. Anyone can sign up at joinallofus.org.

The program hopes to start informing participants if they have likely disease-causing mutations in any of the 59 genes in 2020, Devaney says. The NIH will also report pharmacogenomic results to those who participate. And the program has started collecting data on exercise and sleep habits from participants who wear Fitbit activity trackers and who volunteer to share their data with the NIH. "We are interested in understanding how physical activity or sleep might affect health outcomes, and how all this data might fit together," she says.

For those who are willing to pay to have their genomes sequenced, Helix and diagnostics technology company PerkinElmer have partnered to offer a $300 test called GenePrism. Unlike 23andMe's direct-to-consumer kits, which are one-off tests for certain mutations, GenePrism includes all 59 actionable genes in one test. After customers get their results, they can consult with a genetic counselor free of charge. "We hold their hand through the entire process. We're not leaving them in the lurch," says Madhuri Hegde, vice president and chief scientific officer of PerkinElmer Genomics.

For Geisinger patient Matthew Farley, a benefit of talking to a genetic counselor was that it helped him communicate with his family about his BRCA2 mutation. His mother and grandfather decided to get tested, and they, too, carry the mutation. "For my mom, this was meaningful," Farley says. She had surgery to remove her ovaries and has increased the frequency of her breast exams. Her mammography appointments now sometimes include breast MRIs. "It really benefited her health care," he says. "She had a much higher risk of ovarian cancer than the average woman, and she was able to remove that risk."

Farley admits that having his genome sequenced made him anxious at first, because that's just how he is when it comes to his health. "But being able to help my family members made it really worth it," he says. "We have a lot of cousins, and we're now encouraging them all to get tested."